There has been a further development in connection with the consortium of landowners promoting a building scheme (‘garden village’) on the land around Hoo Lane.

Initially the plans circulated by Gladman (the proposed developer) included land owned by the Warner, Morris, Crawford and Groves families. Subsequently it was reported that the Morris family did not intend to partner with Gladman but they would consider development opportunities if other parties were successful in obtaining the required planning consents.

More recently, John Alison Land and Research have been looking at options for developing land in the area. In early March, a group of local land owners met with John Alison and were asked about their wishes for their land. The majority of those attending the meeting were against development along the lines proposed by the Gladman scheme – but the Morris family and the representative of the Groves family declined to rule out a building scheme.

It is unclear what will happen next and whether the Morris and Groves families will work with Gladman, pursue their own scheme, or withdraw completely. On a number of occasions these parties have said they do not wish to see development but, each time they are asked to state that they will not take any proactive action that would lead to this, they are unwilling to confirm.

The following map was circulated at the meeting: 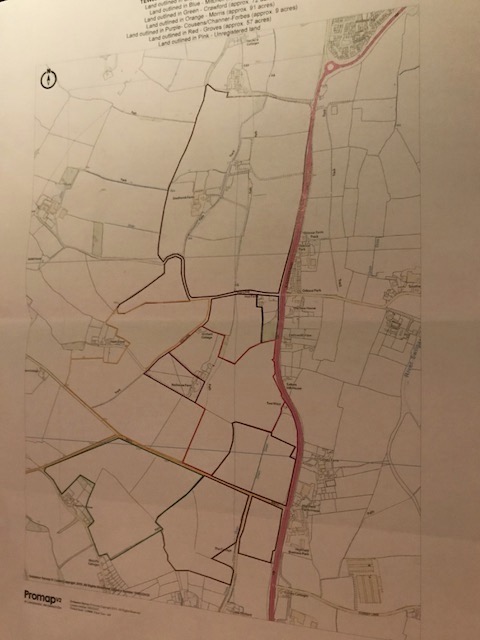